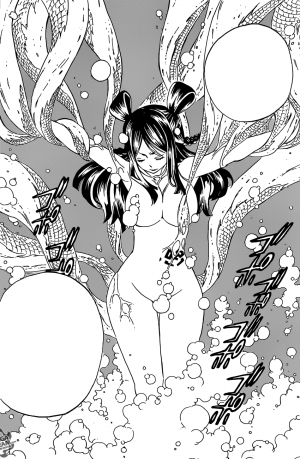 After his defeat, Tempesta is seen at the Tartarus guild inside of a Tube Bath being revived and talking to Kyouka. Kyouka tells him that it may take a little longer than usual to revive him because of a new recruit that they have which is Minerva Orlando who is in the tube bath next to his who is unconscious and being transformed into a demon and having a major angry reaction to the mention of Fairy Tail.

This chapter was first released on November 13th, 2013 in Weekly Shonen Magazine. 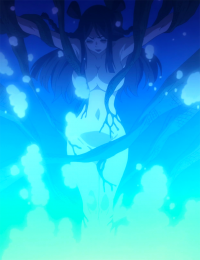 This scene was adapted into the 235th episode of the Fairy Tail anime series. The anime version is visually a lot darker and Minerva's naked body is obscured more.