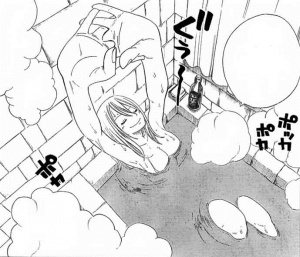 At the beginning of the chapter, Lucy Heartfilia is shown Stretching her arms and curling her legs while having a hot Morning Bath in a stone Undermount Bathtub in the Ofuro of her new house in Magnolia. In the next panel she is out of the bath and is seen in the Changing Room in front of the Mirror wearing a Towel and drying her hair with another towel as she has a narrative explaining some nice qualities in her new house. Afterwards she leaps into the living room still in her towel only to find Natsu Dragneel and Happy the cat invading her house getting her angry and frustrated. 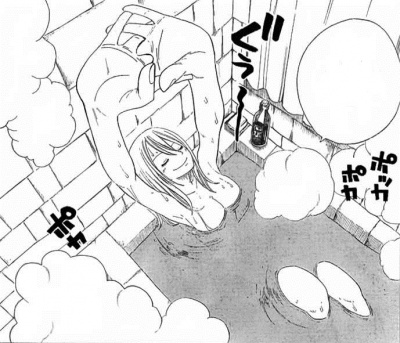 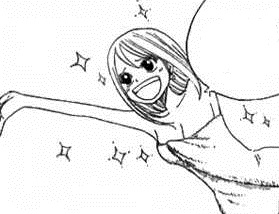 This chapter was first released on August 30th, 2006 in Weekly Shonen Magazine. In December 15th, 2006 the chapter was printed and published by Kodansha in the first manga volume released in Japan. The scene was officially translated and released in North America in volume 1 published by Del Rey Manga on March 25th, 2008.

This bath scene was adapted in the 3rd episode of the anime. The changes made in the anime version aside from the altered design of Lucy's bathroom are: