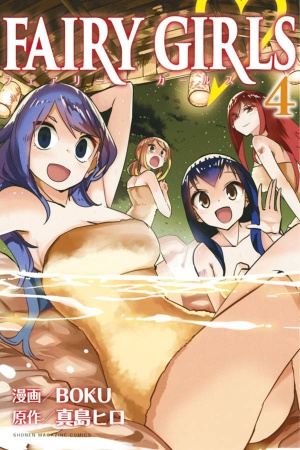 Fairy Girls volume 4 cover is a bathing scene illustration that was used for the cover of the 4th volume of the Fairy Tail spin-off manga, Fairy Girls.

The cover has an Onsen scene with Juvia Lockser, Wendy Marvell, Erza Scarlet and Lucy Heartfilia taking a Bath in a Hot Spring wearing Yellow Towels looking directly at the reader.