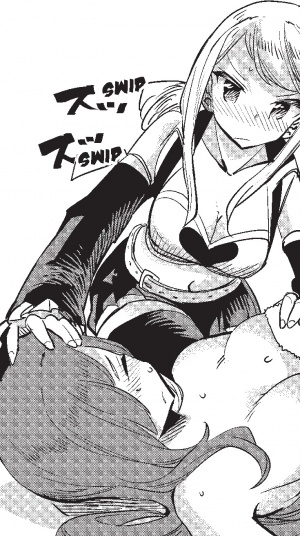 When Lucy Heartfilia arrives at Fairy Hills and finds Erza Scarlet, Juvia Lockser and Wendy Marvell sick on the floor, she summons Virgo who ends up Stripping them and both Virgo and Lucy give them Sponge Baths with Wash Cloths while they are unconscious.