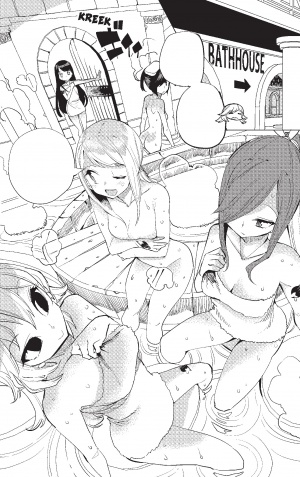 While going undercover as students, Wendy Marvell, Lucy Heartfilia, Erza Scarlet, Juvia Lockser take Baths at the dormitories Public Bath with the other unnamed female students and they discuss their plans of finding the thief in the school that they are after.