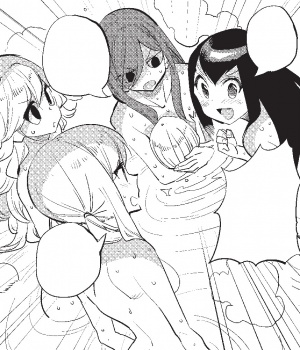 Erza Scarlet, Juvia Lockser, Charle, Lucy Heartfilia and Wendy Marvell take a lost baby that Gray Fullbuster found with them into Fairy Tail's Public Bath. All the girls are standing in the water looking at the baby which Erza was holding and pours a bucket on the baby and them submerges her into the water which she enjoys.