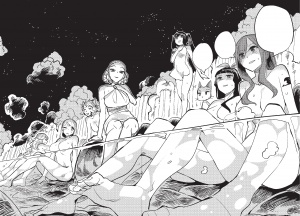 This chapter was released on October 20th. It was compiled into volume 3 released in Japan on March 17th, 2016 and later in English on October 18th, 2016.