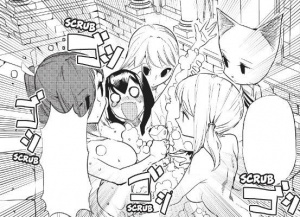 Wendy Marvell is forcefully given a Furo session in the Public Bath in Rose Marionette by Erza Scarlet, Juvia Lockser and Lucy Heartfilia who are being possessed by Sumire. After being bathed, Wendy is seen wearing a Towel and given a Massage by Erza. Wendy questions why she is she has been getting a Spa treatment if she is supposed to be kidnapped and Sumire says that she can't have her slaves be filthy and be tense. 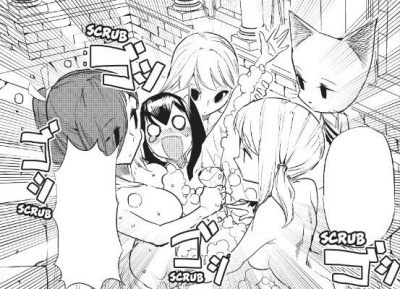 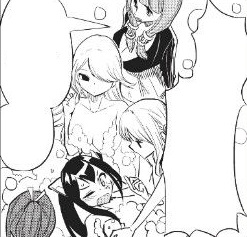