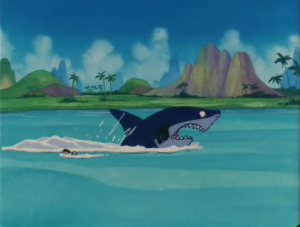 Son Goku and Kuririn have a Skinny Dipping scene.

This scene is a filler scene that was not in the manga version and exclusive to the anime.