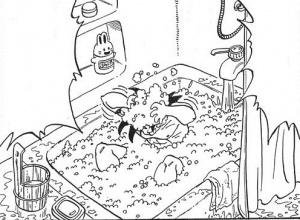 After getting Filthy from finishing his gravity training aboard the Capsule Corporation space pod, he takes a Bubble Bath as he rests up for his landing on planet Namek. 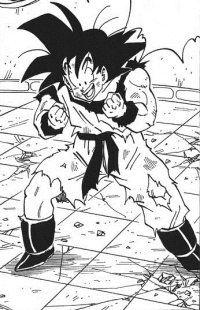 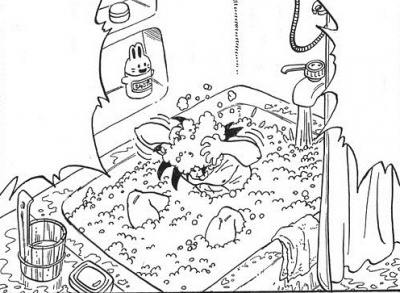 This scene was adapted into the 61st episode of the anime's sequel series Dragon Ball Z. The anime changed the scene from a western style Washing in Bath scene to a Furo scene where Goku shampoos his hair while sitting on a Bath Stool and then jumps into the Unit Bathtub. The anime also reveals that the tub is green and the shower curtain is white.