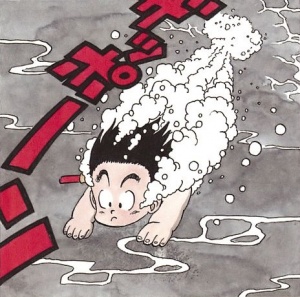 Son Goku goes Skinny Dipping in the Ocean to try to find a Dragon Ball that is deep in the ocean. 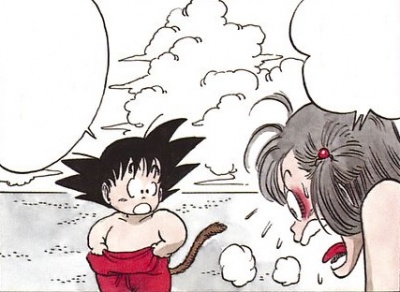 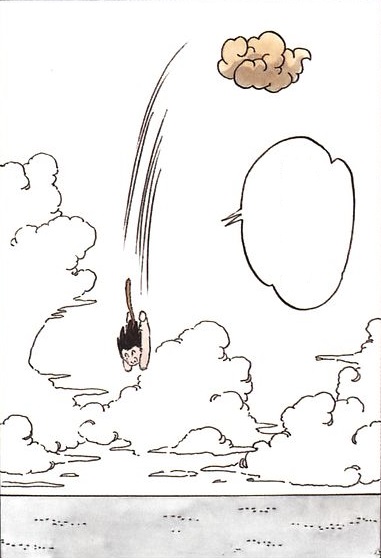 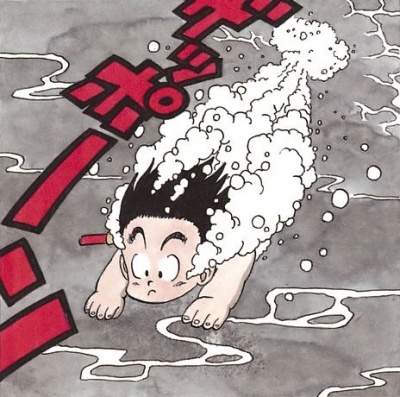 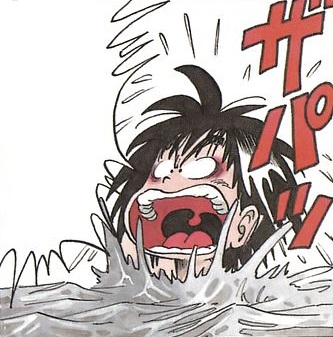 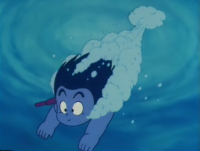 The anime version of this scene

This chapter was adapted into the 46th episode of the anime.