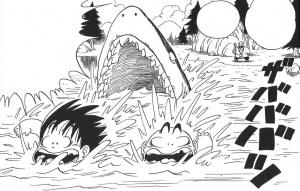 Son Goku and Kuririn have a Skinny Dipping scene. 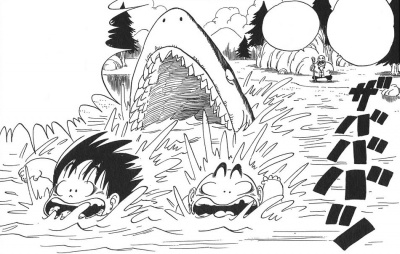 A panel from this scene was shown in the ending credits of Dragon Ball Z: Battle of Gods. 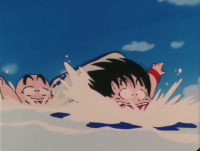 The anime version of this scene

This chapter was adapted into the 18th episode of the anime. The anime extended the scene to be much longer.