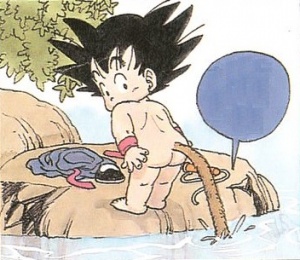 Goku decides he is going to eat fish and sees a cliff and jumps off it. When he is at the river at the bottom of the cliff, he strips off his clothes and puts his tail into the water to fish with. A giant talking fish sees the tail and gets ready to attack it and as it comes to the surface, Goku dodges the fish and kills it with a kick. As the fish falls into the water, Goku goes Skinny Dipping to get the dead fish. 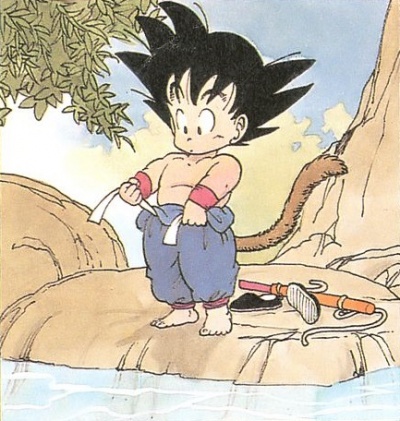 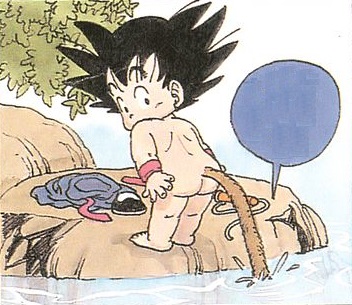 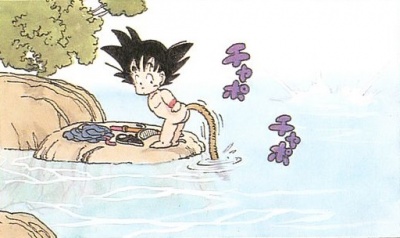 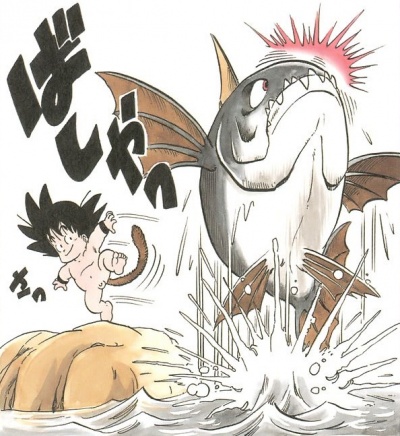 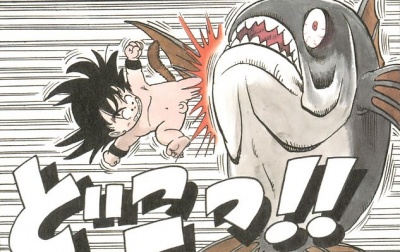 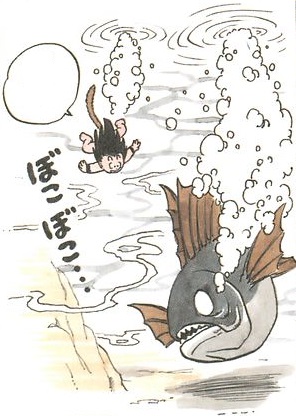 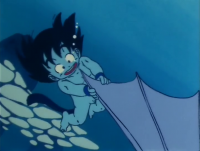 Path to Power version of this scene.

In the anime adaptation in episode 1, Goku does not voluntarily go the river as he ends up their from outrunning a sabertooth tiger. Just before Goku fishes, he is seen urinating after stripping.

This scene was also re-animated as the beginning scene in the remake film Dragon Ball: The Path to Power.