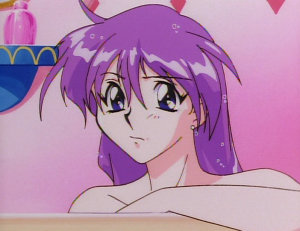 Yuri has a Bath in a Clawfoot Bathtub that is inside of a doll house designed for an android version of her. Later on Julian takes a Shower and then Yuri has one right after but gets mad because he won't peep on her.