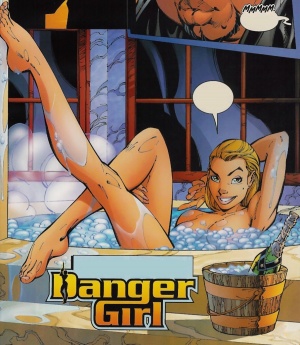 The issue's cover has Abbey Chase taking a Bubble Bath in a Bathing Pool. Towards the end of the issue, Abbey strips and takes a bubble bath in the Platform Bathtub of a room she was sneaking into and pretend to be a hired prostitute. The scene continues into next issue. 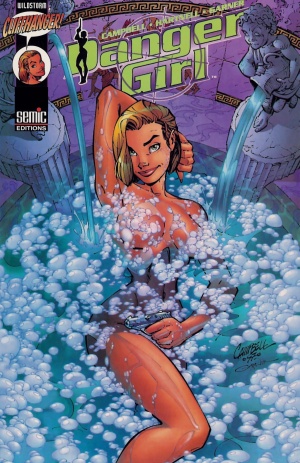 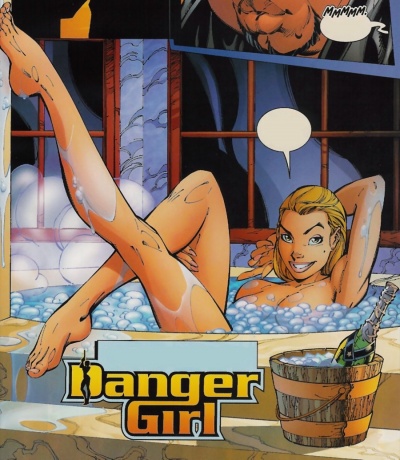 This issue first released in North America sometime in May 1998.