This is a list of non-bathing scenes in the DC Comics franchise such as Off Screen Bathing implications. 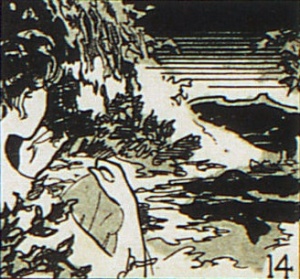 Elsa von Saxenberg goes Skinny Dipping in a Lake Off Screen while camping. 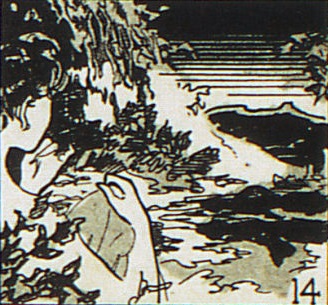 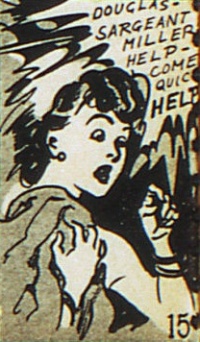 This issue was first released in North America around December 1937. 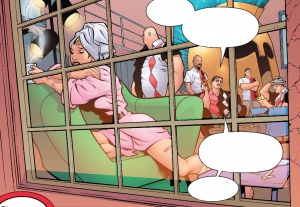 Harleen Quinzel is shown in a Bathrobe and wearing a Towel on her head after some Off Screen Bathing. 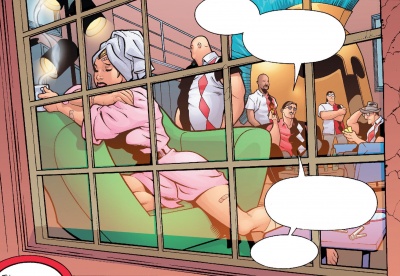 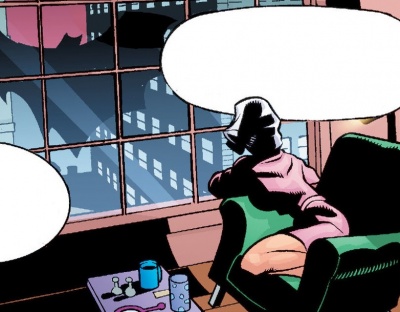 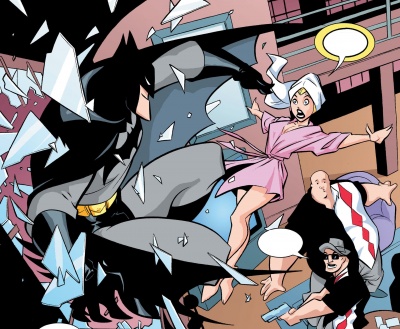 This issue was first released in North America around September 2001.