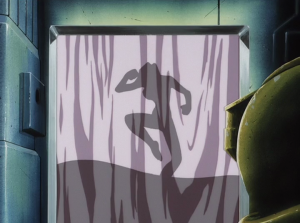 Faye Valentine takes a Shower in a Clawfoot Slipper Bathtub behind a pink Shower Curtain. The water ends up being too hot and her silhouette is seen constantly hopping around.