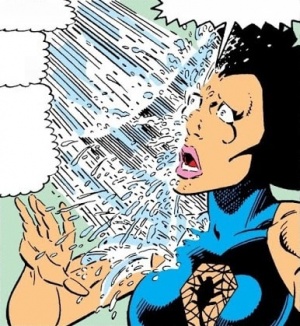 Lilandra Neramani tries to figure out earth technology and ends up turning on the Shower of a Shower Tub Combo and accidentally sprays herself. Luckily Charles Xavier shows up with three White Towels to dry off. 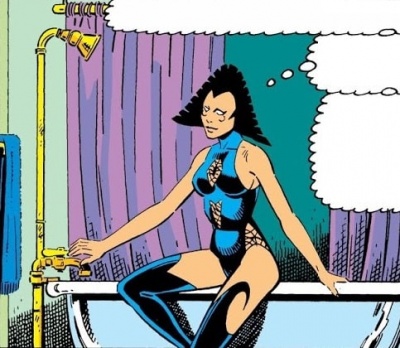 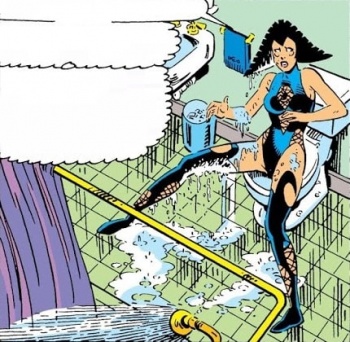 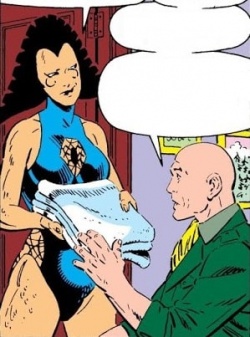 The scene first released in the United States during December 1987. This specific issue is a reprint of X-Men #109 but the shower scene was a new original scene for this reprint that wasn't in the original issue.