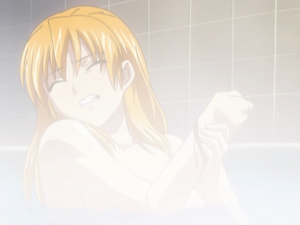 Rosette Christopher takes a Bath and finds a bloody scar on her arm.

This scene was not in the manga and is exclusive to the anime series.