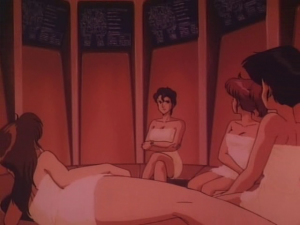 There is a Steam Bath scene with Sylia Stingray, Nene Romanova, Linna Yamazaki and Priscilla Asagiri.