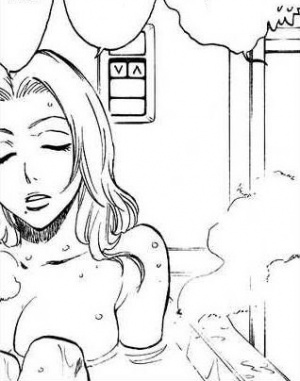 Bleach chapter 199 is the first bathing scene in the Bleach manga series.

Orihime Inoue takes an Off Screen Bath in a Unit Bathtub right before Rangiku Matsumoto takes one while staying the night.

This bath scene was adapted in the 116th episode of the anime.