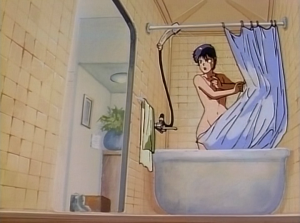 Black Magic M-66 is an anime OVA in the Black Magic franchise that has a bathing scene.

The star character Sybel is introduced while getting out of the Shower. She almost leaves the house naked but then comes right back inside to get dressed. Later on, at the end of the film, Sybel is seen in a tank top and panties drying her hair with a Blue Towel and drinking a beer after some Off Screen Bathing. 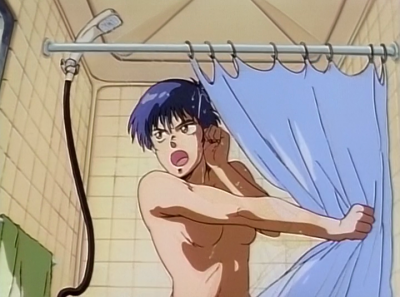 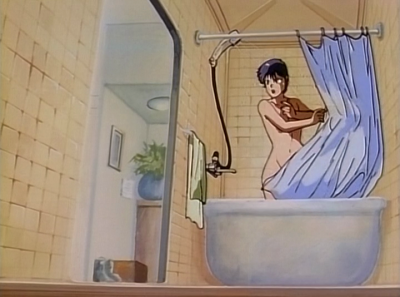 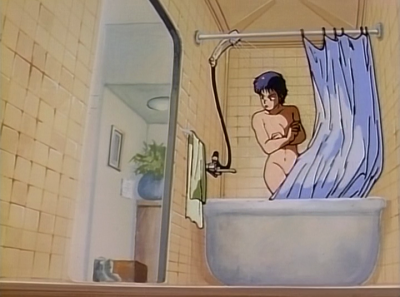 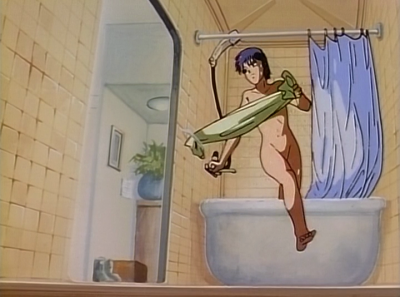 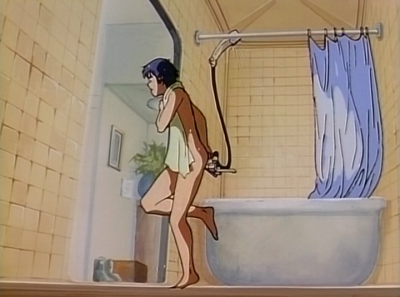 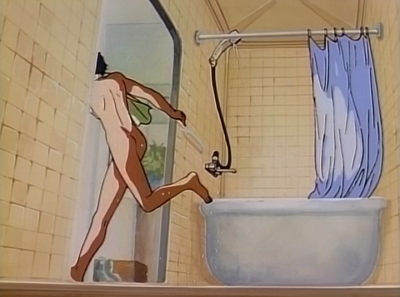 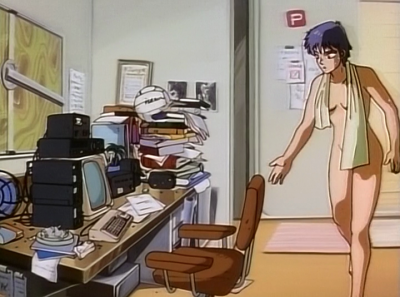 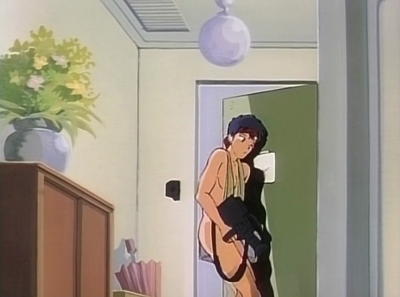 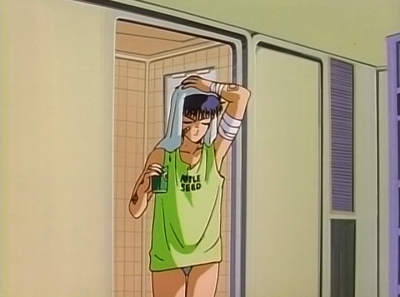 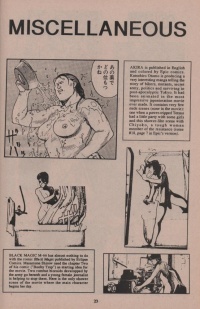 Black and white images of this shower scene appear in the 1st issue of the Anime Shower Special magazine in the miscellaneous section starting on page 23 alongside the bathing scene from Akira volume 3.

This scene was not in the Black Magic manga series and is exclusive to the anime.