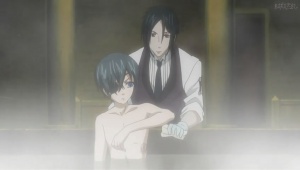 Two nuns began Stripping Ciel Phantomhive to try to cleanse him mentioning that they have already been cleansed Off Screen. Sebastian Michaelis takes over and gives Ciel a Bath in the Bathing Pool as his Servant. 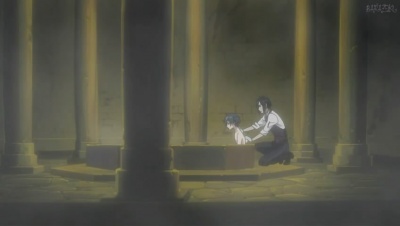 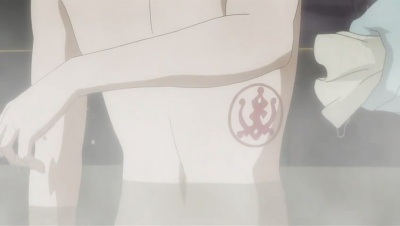 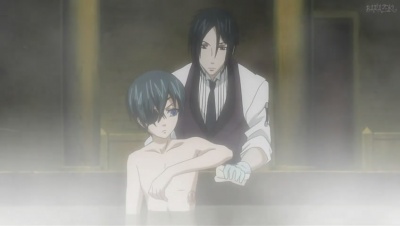