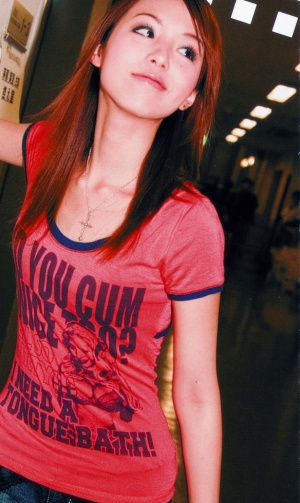 Aya Hirano is a Lucky Star character who is a real life Japanese anime voice actress and idol.

She has many photos of her sitting against a Slipper Bathtub and some of her inside of it Clothed while it was filled. It is unknown if she actually owns a slipper tub or if it was only part of a set for photos.

On her twitter account, she posted back in 2010 "I'm going to take a bath now!" and after that bath she took she posted "When I got out of the bath, I was a little exhausted and slept a little. Going to eat breakfast."