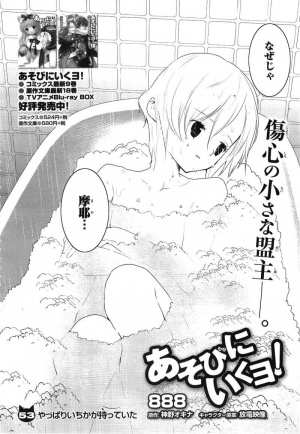 Asobi ni Iku yo! chapter 53 is the third and final bathing scene in the Asobi ni iku yo! manga series.

Antonia Morfenoss takes a Bubble Bath in an Unspecified Freestanding Bathtub while depressed.

The scene first released in Japan sometime before August 23rd, 2014 which is when it was compiled into the tenth manga volume.

This scene was not adapted into the anime and is exclusive to the manga series.