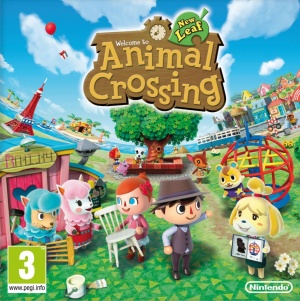 Animal Crossing is a video game franchise by Nintendo that also has had an anime film. Though bathing is never seen in any of the games you can get different types of Bathtubs in your houses through later installments in the series although you can't use them. Bathing is mentioned by some of the animal villagers.

There is an image showing Tom Nook taking a Money Bath in a Clawfoot Bathtub.