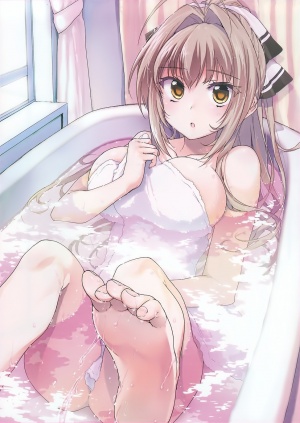 There are images of Isuzu Sento taking a Bath.

This was first released in Japan on December 26th, 2014 as a limited edition bonus for the 1st volume of the Blu-Ray. It was released in North America on February 28th, 2017 as part of the Amagi Brilliant Park Premium Box Set.