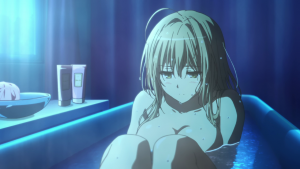 Isuzu Sento takes a Bath in a Clawfoot Bathtub that is in her kitchen. 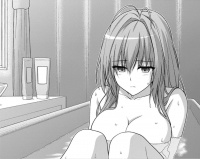 This episode was later adapted into the 5th chapter of a manga series version of the anime known as Amagi Brilliant Park - The Animation.