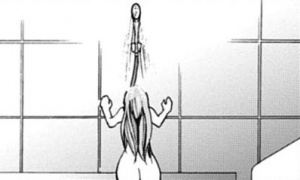 Isuzu Sento has a Shower scene.

This scene was adapted into the 6th episode of the Amagi Brilliant Park anime series. The anime changed Isuzu's shower into a Bath.