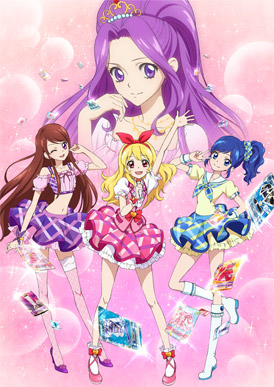 Ichigo Hoshimiya takes a Bath in a Bathing Pool.

An Onsen resort is shown in a magazine.

During the time frame of the episode, It is stated that Ki Saegusa would only come to her room to take Baths because she is too busy trying to work on a commercial.

Aoi Kiriya, Ran Shibuki and Ichigo Hoshimiya take a Bath at an Onsen.

Otome Arisugawa takes a Bath in a Drop-In Bathtub with her Rubber Duck named "Ga-Tan".

There is Bath Cleaning.

There is an Off Screen Public Bath scene.