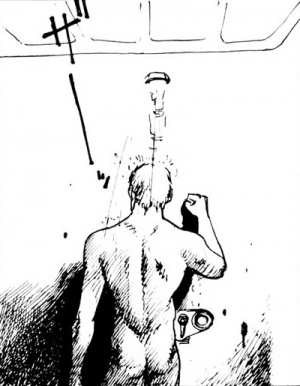 In the first segment there is naked hand washing. In the second segment, there is a Shower scene.

Both of these scenes were released in split chapters in Comic Noizy before December 1989 and were compiled into a single manga volume with the rest of the series sometime during December 1989.