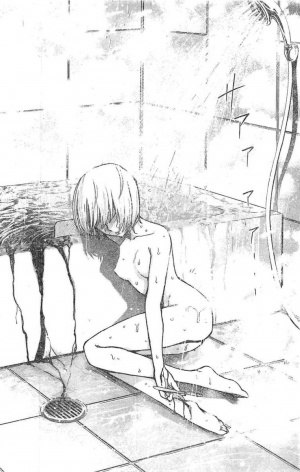 There is an Angst Shower scene that leads to an attempted Bath Suicide.

This chapter was compiled into the 1st manga volume. It's original serialization in Weekly Young Jump was sometime before April 19th, 2018.