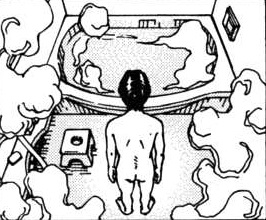 375(also known as Mi Na Ko) is a one-shot manga in the Allargando manga series that has a bathing scene.

While talking on a cell phone to her aunt while driving a car, Minako mentions that she used to take Baths with her cousin Shuuya when they were younger. After arriving at Shuuya's the apartment, she is seen Stripping for an Off Screen bath and then after getting out tells Shuuya he can use the bath now. Shuuya is seen in the Ofuro naked closely observing the bathwater in the Curved Bathtub that Minako just recently bathed in. After getting drugged and raped by Shuuya, Minako wakes up thinking she just had a perverted dream and takes an off screen Shower because her skin feels sticky. 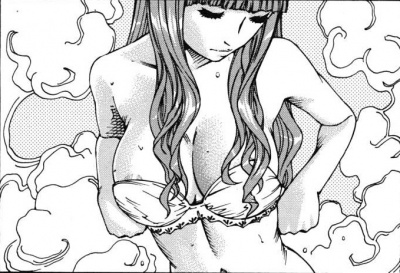 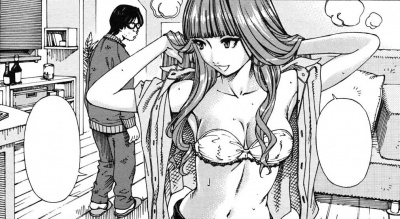 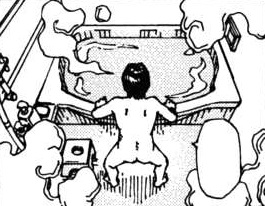 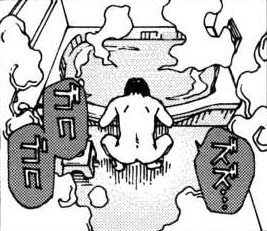 "We took baths together as kids, remember?"
~Minako
"You can take a bath now if you want"
~Minako
"My skin feels really sticky... I better go take a shower."
~Minako

This one-shot was released in Comic Mujin's November 2011 issue and was later compiled into a collection of one-shots titled Allargando released on July 5th, 2013.