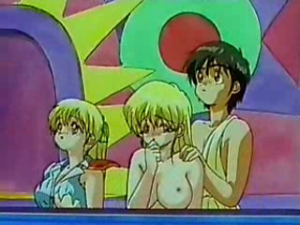 1+2=Paradise episode 2 is the second and final bathing scene in the 1+2=Paradise OVA series.

This scene is not in the original manga and exclusive to the anime adaptation.