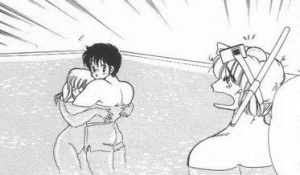 The covers shows Yuka Nakamura drying herself with a White Towel. In the chapter, she goes Skinny Dipping in a Swimming Pool after her Swimsuit melted.