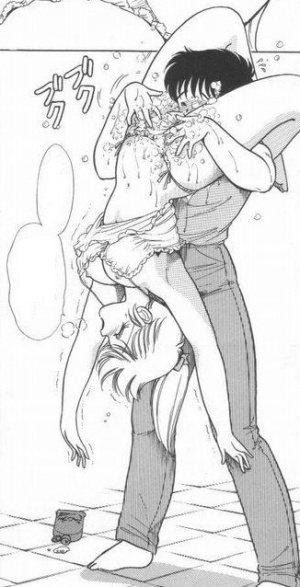 Rika Nakamura gets washed with Soap Suds from a Shampoo bottle in the Ofuro by Yusuke Yamamoto while still wearing clothing.