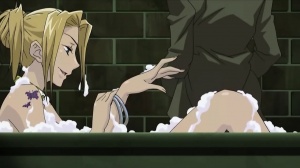 07-Ghost episode 12 is the only bathing scene in the 07-Ghost anime series.

A man's unnamed girlfriend is seen having a Bubble Bath in a Clawfoot Bathtub and is murdered by him to prevent being blackmailed by her. 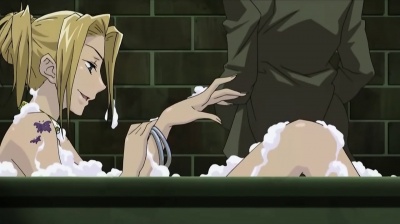 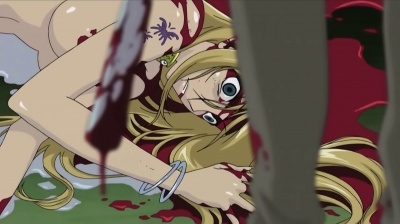 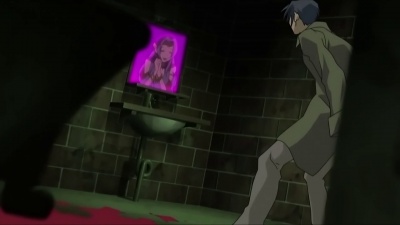 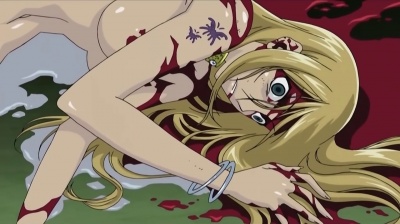 This scene was not a bathing scene in the original manga version which was in chapter 10. The woman is sitting on something while fully clothed before she got murdered, it was the anime adaptation that changed it to her being naked in a bubble bath before her death.