This is a list of non-bathing scenes in the 009-1 franchise such as Off Screen Bathing implications. 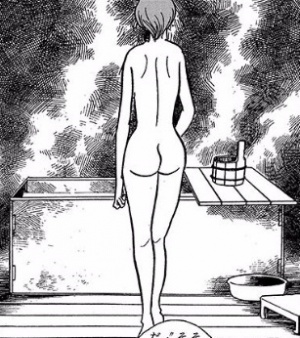 Mylene Hoffman bathes Off Screen in a Hinoki Bathtub.

This chapter was released in Weekly Manga Action on November 14th, 1974.

The assassin known as Egg who has a routine he always goes by reveals that he takes a Shower at 6:00pm. Later on, while Mylene Hoffman was out in the rain, she takes an Off Screen Shower when arriving to her hotel room.

There are no bathing scenes in the manga chapter that Egg appeared in.