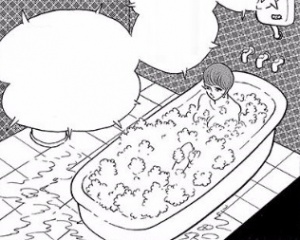 Mylene Hoffman takes a Bubble Bath in a Flat Bathtub.

This chapter was released in Weekly Manga Action on October 16th, 1969.