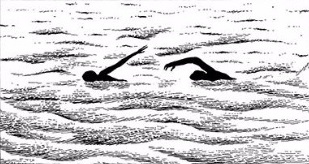 This chapter was released in Weekly Manga Action on June 13th, 1968.